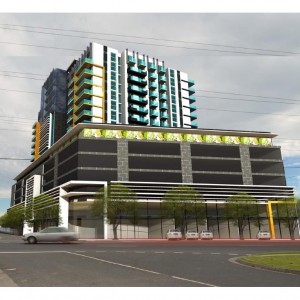 The council has given in-principle support for a building with sections that are 10 and 12 storeys at the corner of Wedge St.

Pelligra’s original bid for the site, a 17-storey complex with 144 apartments, childcare, gym and cafe, was thrown out by councillors in February following community opposition.

Whittlesea Council established areas planning assistant manager Darren Jackson said negotiations with the developer resulted in significant changes to the height and design of the building.

Design changes were still being finalised, he said.

“VCAT can approve the amended development without requiring the applicant to apply for another planning permit,” he said.

Pelligra chief executive Ross Pelligra said some investors had pulled out of the venture due to the changes.

Neighbouring business owner Ken Young said the building was too big and exi­sting roads would not cope.

Councillor Steve Kozmevski said he was unhappy with the tribunal approval process.